My name is Carmen de Jesús and I am a WIFE and MOTHER of two beautiful children.
I am 27 years old and my Incarceration started June 5th, 2017. At the time, I was a single mother to my 2-year-old daughter trying to make ends meet. I had separated from her father and was the sole financial provider for my daughter. My background was a Military-Christian style upbringing and I had constantly felt like the black sheep of the family, wanting to always challenge authority and do things my own way. Little did I know my rebellion was going to lead me down a path of self-destruction. Before my Incarceration, I would leave my daughter with family, so I could jump from city to city, in and out of hotels, creating a regular clientele of John’s. I did that for several months before getting tired of it. I eventually conspired to rob my regular clients because that just wasn’t the lifestyle I wanted to continue living but I still needed an income. Ultimately, it led to a friend and I stealing from the regular clients, and one day things just took a turn for the worse. I was caught and my co-defendant ended up running. I was being charged with conspiracy to commit armed robbery and robbery with a deadly weapon. I was facing 8 years and my bond was set to $150,000. I realized I was going to be sitting in jail for a long time. It didn’t actually hit me until my lawyer presented me with all the facts and said that my bond was just too high for me to be bonded out.

As I was in there, I tried to maintain contact with my daughter by calling her father at any chance I could but when I expressed to him that I still did not have any intentions of being with him, he began using her as a pawn against me and even my family. I would go weeks and even more than a month without talking to her. It was one of the worst feelings that I had ever felt. There was no way for me to be part of her life. For more than half a year I went without seeing my daughter because I refused to have her see me through a glass and question why I could not be with her. As a mother, I felt so unworthy. I felt helpless and I just knew she wasn’t going to remember who I was when it was time for me to be released. During my Incarceration, I stayed connected with my family via letters and phone calls when I could afford them. My heart would almost skip a beat when it was mail time, and my name would be called. It gave me that little bit of hope I needed to keep pushing forward. Not only that but I also began to turn my life back to God. I prayed and asked God to forgive me for everything I had done. I begged him for a second chance. As cliché as it sounds, I committed myself to Him and made Him a promise that if He got me back home to my daughter, I would turn my life around! I needed to get home to my baby! I needed to tell her I was so sorry for leaving her. I needed to be the mother she deserved. December 15th, 2017, I had officially been incarcerated for 193 days.

I went before a judge per my lawyers request for a bond reduction, 10 days before Christmas God moved upon the heart of the judge to reduce my bond from $150,000 to $30,000! My father had been in the courtroom and the judge looked at him and said, “Mr. De Jesús, will you be able to make bond with it being reduced to this amount?” I turned around and looked at my daddy and as quickly as possible, he responded, “Yes, your honor!” I was going to be on my way home! As I stated before I had a feeling my daughter wasn’t going to immediately remember who I was, which turned out to be the case. When I got home the first thing I did was hide myself in a Christmas box. My parents told her to come downstairs and open her “toy.” When I popped out of the box, she just stared at me with her big ol’ brown eyes. Her fingers were nervously on her lips when I said, “Do you know who I am?” She stared some more but didn’t respond. I said, “Its’s mommy!” I was on my knees as I hugged her and just cried and cried. Whenever I would speak to her over the phone, I would tell her I was at work so I wouldn’t taint her perception of me. With tears in my eyes I looked at her and said “Mommy’s been at work but I’m home now.” And the only thing that stopped me from crying was her response, “so you must have a lot of money!” I burst into laughter. Little did she know I had been saving money that was being put on my commissary so when I got released, I’d have myself a decent amount of money to start off with. So I said “yesss girl! You know it!” And with that money I was able to buy Christmas gifts for her and my family. Honestly, I did everything I said I would when I got out. I gave her the care, the love and attention she needed. I got 2 serving jobs and worked extremely hard to provide for us the right way. It was a difficult transition for me to start working because my reason for leaving had previously been that I was at work. So whenever I would have to go for my shift, my daughter would correlate that with me having to be gone for a long time. I had to regain her trust and reassure her that I would be back home after every single shift.

At this point I was still out on bail, waiting for my codefendant to accept his plea to his part in the charges. When he pled guilty, I then returned to court to take my plea and was granted time served with 9 months post release. Then it was official, I was a felon. In the eyes of the criminal justice system; I was considered someone who had a lack of better judgment and poor character. Did you know that within 3 years of their release, 2 out of 3 people are rearrested and 79% return to prison within 6 years? Did you also know that a parent’s imprisonment can potentially lead to a cycle of intergenerational criminal behavior? One statistic indicates that children of incarcerated parents are, on average 6X more likely to become incarcerated themselves. So that means not only have I become another number to those statistics, but now my children are part of those statistics. That being said, I quickly knew when I was locked up that I didn’t want any more of my life choices to have a negative impact on my children. I was determined to beat the odds not only for myself but for the family I planned to have in the future. I was determined to prove to my family, to myself, and to God that I would never go back. I started going to church again and completely let God regain control of my life. I am not a negative statistic today because I found faith. I found a hope and a dream worth living for. Don’t get me wrong, I have still had my moments of life distractions along the way but in the grand scheme of things I live my life the best way I know how, and I do everything I can to give my children the best version of myself possible. That is all I can do and now I am able to confidently share my story with others without shame or fear of judgment because I know I am a new person, and I am not defined by the mistakes of my past. 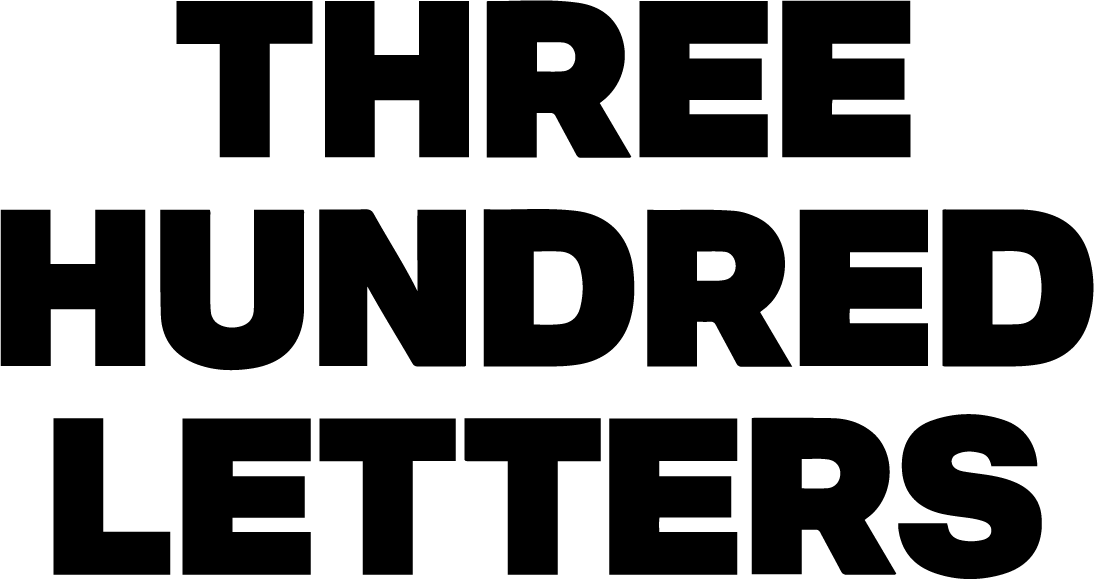 300 Letters is dedicated to treating incarceration as a family affair.

Contributions to 300 Letters, a registered 501(c)3 non-profit organization are tax deductible to the fullest extent of the law
EIN: 85-3773230